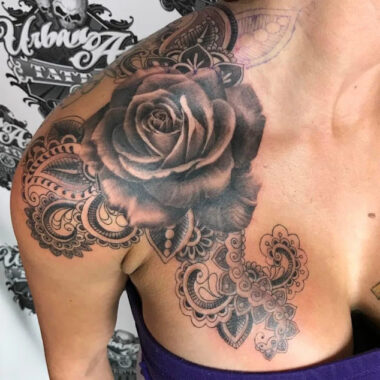 While tattoos have always been popular, not long ago they weren’t exactly conventional. Now, people from all walks of life are inking their bodies; either a personal tribute or simply exhibit a permanent work of art. So what better way to celebrate this than with a summary of the best tattoo parlors in the United States?

With thousands of tattoo parlors in the United States, we have compiled the best of the best, with the store you must visit in each state. With a variety of styles, here is something for all tattoo lovers. Just be careful, some of these pieces may tempt you to travel everywhere on your own. Read more on this article. 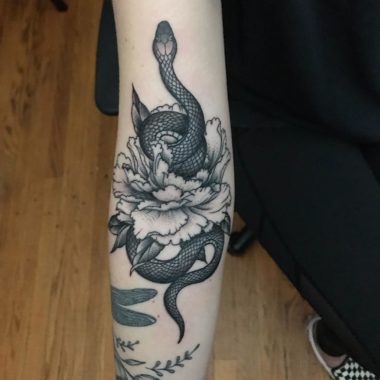 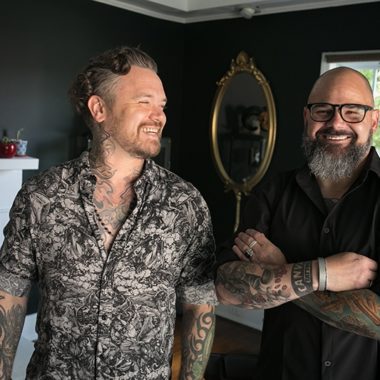 Jason Baker, a former Army Ranger, worked several corporate jobs after his discharge, but none of them satisfied him. “I knew I wanted to do something humane and connected to a community,” he says, “something that filled me up.” He’d commissioned tattoo artist Conan McParland to cover up some of his old military tattoos, and during their long talks he hit on the idea that led to his career epiphany: a tattoo parlor that made the physically painful experience more comfortable.

In 2017, Baker opened Canvas Tattoo & Art Gallery in a NoDa bungalow across from the Johnston YMCA, a relocation from the original space in South End. They’ve added small, calming touches: Photos and paintings hang on the walls; outside, picnic tables adorn the gravel lot in back, and Adirondack chairs circle the fire pit near an aquaponic pool where herbs and vegetables grow.

Baker opened a second location a block down the street last year, part of a continuing effort to make the business a player in the neighborhood’s enhancement. Canvas Tattoo has sponsored more than 70 events in the last two years, from fundraisers to art exhibits to rock ’n’ roll shows.

Baker is a tattoo canvas, not an artist: On his left arm are the weapons he used as an Army Ranger capped by a portrait of Odin, the wise god of Norse mythology. In May, Charlotte magazine spoke to Baker and one of his tattoo artists, Matt Terry (edited for clarity and length). —Laurie Prince 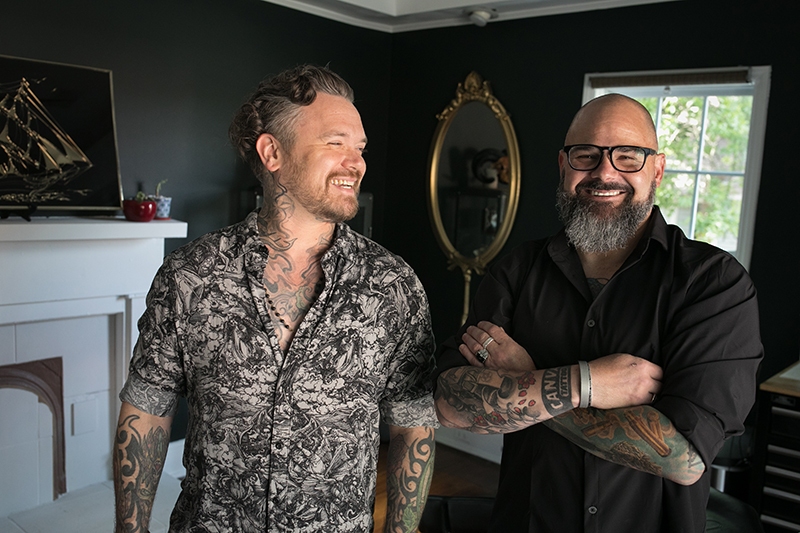 Charlotte magazine: How do you make a tattoo shop inviting to customers?

Jason Baker: People are already nervous, coming in to get a tattoo—it hurts—and so we do everything we can, from letting them watch a movie on an iPad when they’re getting a tattoo to the music we listen to and the environment they’re in. It’s the experience you would expect at a nice hair salon.

Matt Terry: The clients themselves have shifted now that it’s mainstream. That old-school mentality of having the rough and gruff tattoo setting does not go with societal expectations now.

CM: There’s so much art on display. Who did the Andy Warhol portrait?

JB: A local artist, Lori Love. That is all made from compact discs and vinyl records. All of the art you see here is by local artists. All the art is for sale. NoDa used to be known for gallery crawls, but now there’s not a lot—the galleries are gone. So you’re seeing hybrid gallery spaces like this. People who get tattoos generally like art. We do art shows with live music, photography shows, and all of those are to support NoDa artists, photographers, and musicians.

Baker calls Canvas Tattoo a hybrid gallery space for the artwork they display.

MT: We used to ‘carry flash’ in the old shops—you had pages of stuff to look through to get ideas for designs. Now we have the whole Internet. People have already done all their homework, and they know what they want before they get here.

CM: What designs are popular now?

MT: People want a lot of compasses now, even though they’ve never traveled.

MT: It could be a social thing, like wanting to leave or worried about time left. There could be some sort of underlying psychic reservoir for why this is so popular, because you do see it a lot.

MT: And fully rendered paintings. The watercolor look is popular.

CM: What parts of the body do people want tattooed?

MT: The people who are getting their first few tattoos want them in less visible locations. “I’m going to keep it under my polo shirt line.” Most people who can afford to come in and get stages of tattoo art are in a job where they can’t necessarily show them off. But even that’s decreasing.

CM: Is it true that tattoos are addictive?

MT: I don’t think they’re necessarily addictive. You take this hurdle to do something that you cannot alter, that’s permanent. You do it once, and you go, ‘Oh, I could do that again.’ And you do it again, and you say, ‘I wish I’d gotten the first one bigger.’ And so you start making these changes. 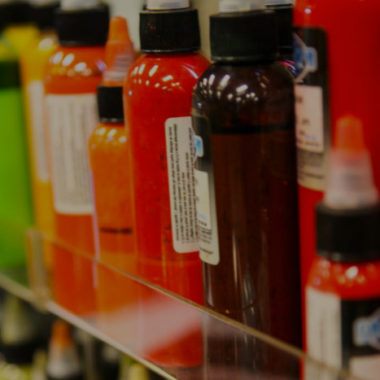 Tattoos—they’re a big decision. And it doesn’t matter if you’ve got a mural inked on your back or if you’ve never been under the gun before, it’s important to choose only the best.

Canvas Tattoos has been servicing the tattoo loving public since 2015. Staffed with the best artists and creating a comfortable and relaxed atmosphere, Canvas Tattoos’ is dedicated to giving you a beautiful piece of art, a personalized experience, and excellent customer service.

Throwback to some awesome black and gray by @byrd_tattoos ! Call 980-299-2588 to schedule your free artist consultation!